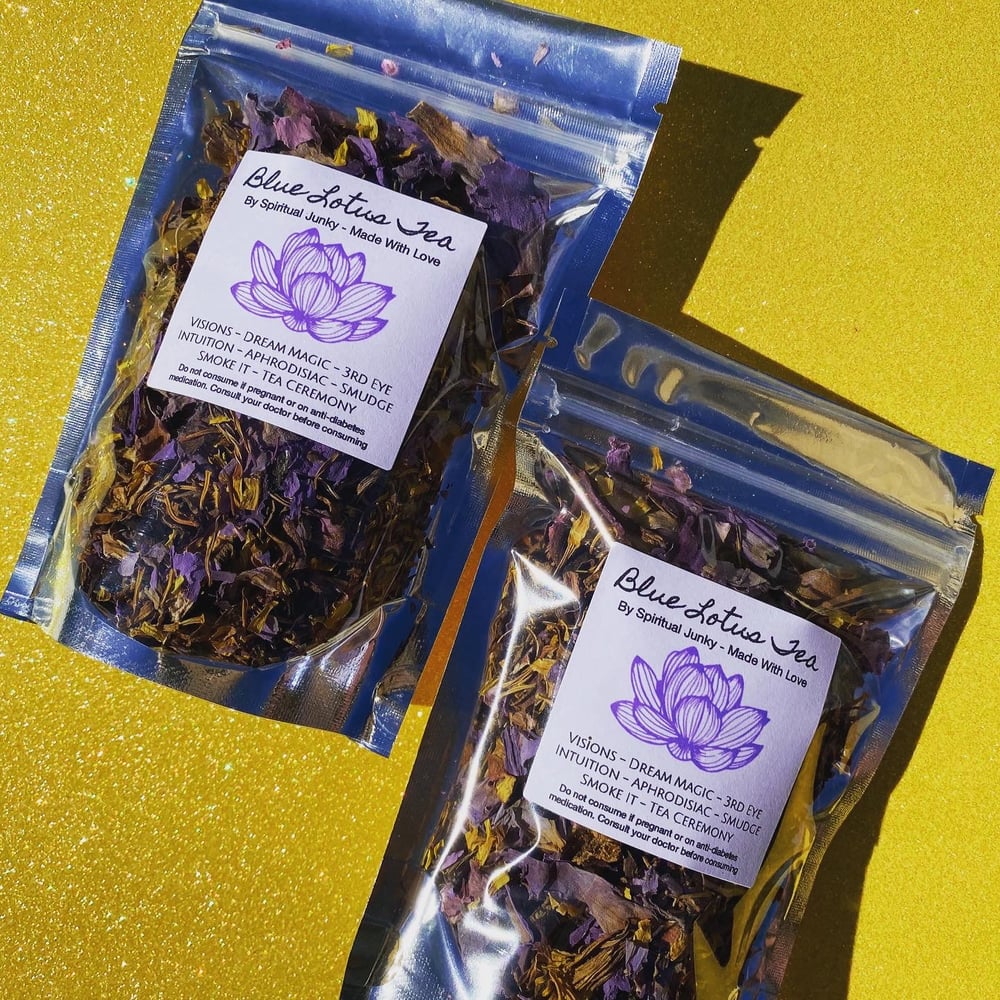 Blue Lotus is a powerhouse of antioxidants and other nutrients that have been beneficial for humanity for centuries. It is a botanical treasure revered by different civilizations and cherished by the Ancient Egyptians.

The Ancient Egyptians used to consume Blue Lotus by smoking the dried flowers in pipes as depicted in heiroglyphs, as well as brewing the flowers as tea, along with using them for steaming, smudging, making perfumes, medicines and other ailments.

Relieves Menstruation problems: The monthly cycle of menstruation brings along with it painful cramps, heavy blood flow or body ache that are unbearable for some women.

Nymphaea Caerulea has been found to give some relief during menstrual cramps due to its pain-relieving properties. It also has been shown to promote a regular cycle, normal flow and potentially control symptoms of PMS.

Aphrodisiac: Blue Lotus was used in ancient Egypt to help promote sex drive. Because of this, the blue lotus was extensively used as a party or recreational substance by the early Egyptians.

The alkaloids found in flower also improves the fertility levels in both men and women. It also checks the problem of premature ejaculation, erectile dysfunction in men and promotes a better sex life.

Relieves stress: Blue Lotus has been found to provide relief from different kinds of stress and anxiety.

Users have reported that a cup of blue lotus tea makes them less anxious and gives them restful sleep.

Natural analgesic: Nymphaea Caerulea has been found to have pain-relieving properties that relieve moderate pain and muscle stress in the body. In ancient times, the Egyptians used it as a pain reliever to assist various ailments.

Sipping a cup of blue lotus tea after a tiring day has been shown to help ease strained joints or muscles and relax the body.

Anti-diabetic Properties: Studies have shown that an alkaloid named nuciferine found in the blue lotus helps to regulate insulin secretion. Along with this, it also lowers the probability of cardiovascular diseases by reducing cholesterol levels in the body.

But this plant should not be consumed if the person takes anti-diabetes medication such as insulin or else the blood sugar levels may go down to a dangerous level.

It should not be used during pregnancy or if you have certain allergies. If you are on other medications, then it should be consumed only after a consultation with your medical professional.

Should not be taken in large doses, it has been found to cause nausea, mild jittery feelings, hot flashes and even hallucinations.

Crush flowers and add to smoking pipe or sprinkle over rolling papers.

Add whole flowers to steaming or baths as desired.

Spiritual Junky does not assume any liability for any damage or injury that may result from the use of our products.